42. Well-Praised was chief;
he fought at the south.
,
(HE STOPPED DESOTO)  The Dot above the hilt is small pox from DeSoto to LENAPE.
42. Wulakeningus sakimanep shawanipalat. 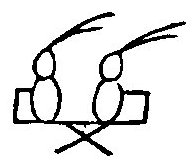 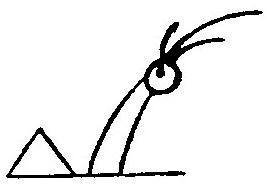 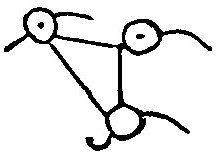 46. To the Hilini, to the Shawnees, to the Kanawhas.  TO THE ILLINIOIS, TO THE SHAWNEES(OHIO) AND TO THE KANAWHAS (KENTUCKY) -- Look at the small box dots.
DeSoto's smallpox and other viruses made America an underpopulated NEW WORLD for the English--who were tolerant of the European viruses.  Those viruses began to kill again when the English landed.

“History wants to use the kind of evidence that can be verified.”

He wrote the historians should ask two questions.

Q2 Where did THAT come from.)?

Prof. Guelzo may be naive.  He does NOT describe Historian behavior.

My experience is that Historians teach what they were taught.  That may be one reason that the "first" historians could profoundly distort History.

I have two decades of trying, multiple times, to encourge historians to “Look at THAT.”

I have many posts of evidence to show that nearly all Historians do NOT ask or answer Prof Guelzso’s first question.

Here is a single example of a “THAT,” which has not been questioned by most historians.

Why  do we have (6) Niorse names of Gods on our calendars and only one name of a Roman God?

Saturday is named for a Romn God, Saturn.

"THAT" is somehow the calendar on every wall honors the names of six Norse Gods.

Do you know any Historian, who has asked the FIRST Question?

Every day Historians look at, and speak about, "evidence that can be verified."